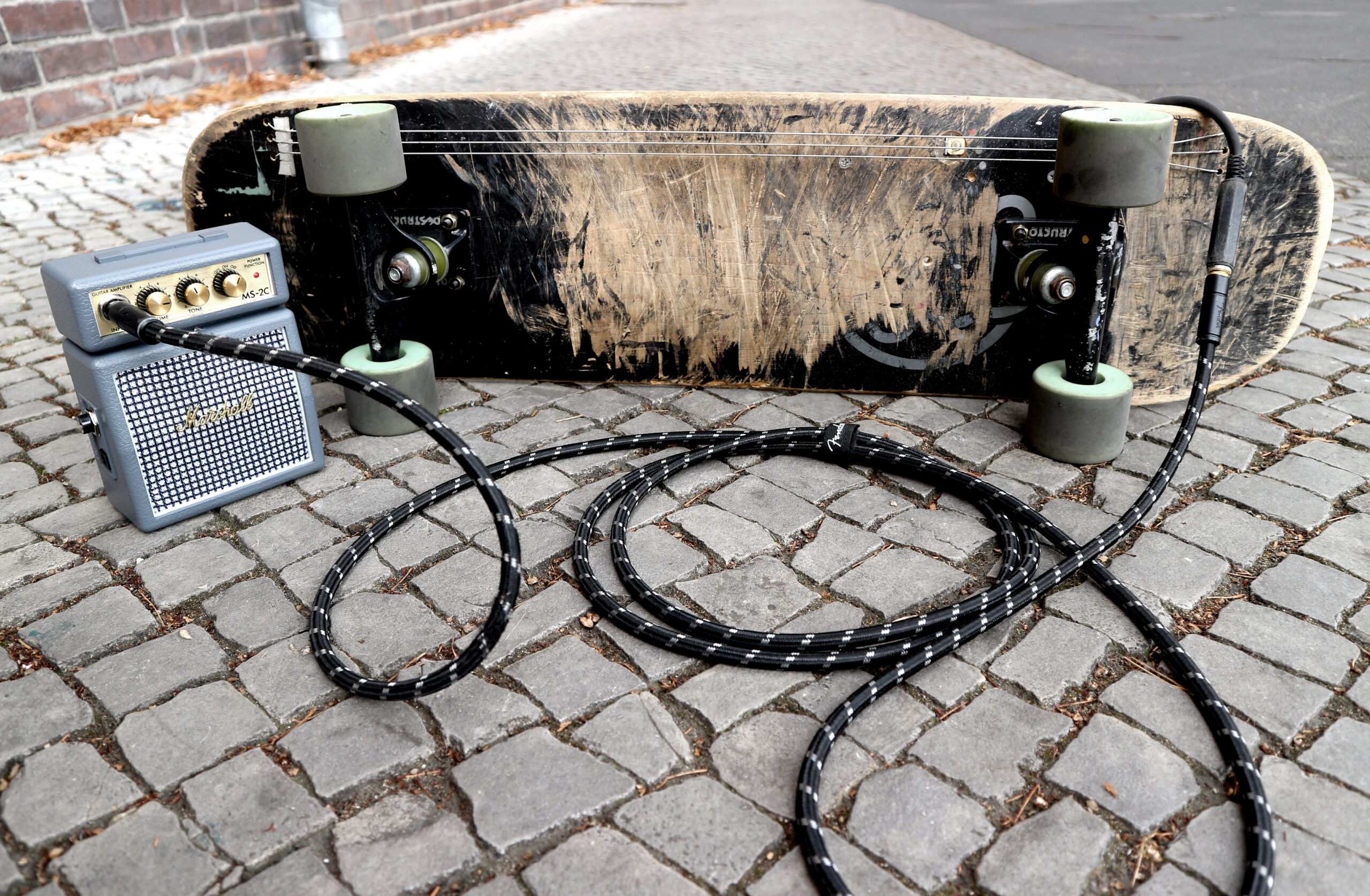 The skateboard is transformed into an improvised instrument using a magnetic microphone and guitar strings installed on the bottom of the skateboard.

In addition to the basic setup, amplification and effect pedals are sometimes used. The skateboard resembles an electrical guitar by collecting sound through

the vibrations of the strings and the ambient surrounding the streets or environment through which it is being pushed.  It functions as a medium through which

the texture of the ground and movement through locations compose an audio/visual path through a city. A simple gesture as pushing a skateboard represents

an element of urban exploration, searching for diverse situations and coincidences that characterizes impressions of the city and local identities. The final

outcome of the project is a sound and/or video recording, using only gathered field recordings, that express a mixture of skateboard sounds, guitar sounds and

sounds of the urban surroundings; ea. traffic, people and is telling or mapping a story of a city.

Neža Jurman (1985), works under the artistic moniker Nez Pez, graduated in Sculpture at the Academy of Fine Arts and Design (ALUO) in Ljubljana,

where she received the University of Ljubljana Prešeren Award and the ALUO Special Artistic Achievement Award. Her opus is accompanied by recurring motifs

that travel through various media – audiovisual works, installations, sculptures, graphic prints, drawings, paintings. Her work has been featured in numerous

solo and group exhibitions, festivals and residency programs in Europe and the Balkans. She lives and works between Ljubljana, Slovenia and Berlin, Germany